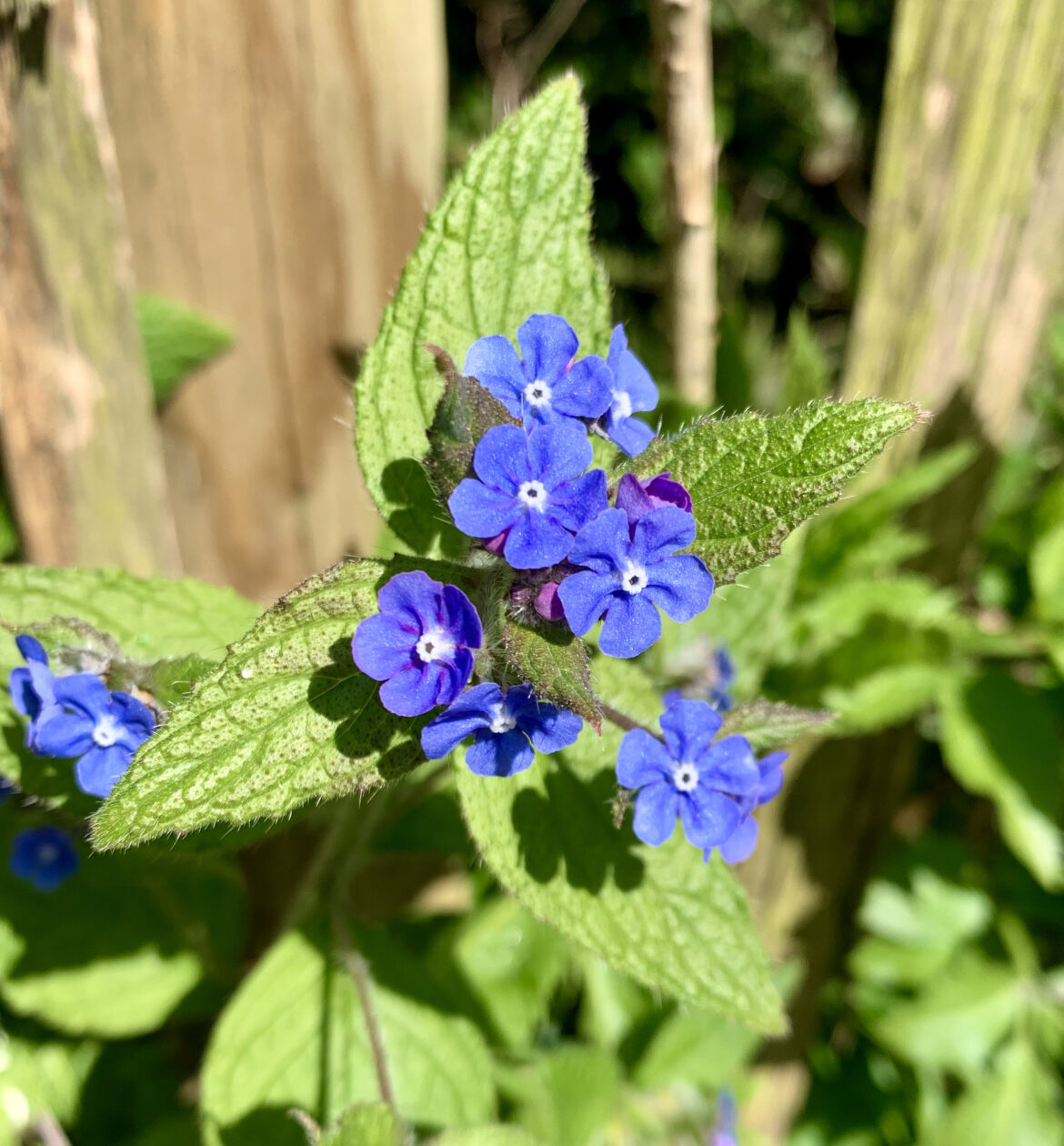 So today saw us walking through Cherry Orchard Country Park for our mornings exercise. The sun was out but it was pretty chilly as we strolled along the track that leads from from end of the park to the distance woodlands. Not a lot to report on this trip, saw the usual twitty birds, a couple of squirrels and countless ducks on the lake. Stopped to take a couple of pictures of the beautiful STITCHWORT that was growing in the hedge along one side of the track. Such delicate little white flowers……….

Up extra early today and opted to take the boys on a good walk over Two Tree Island as I havn,t been there for a while. It was an overcast morning with only a slight wind as we wandered along the banks of Benfleet creek towards Benfleet Station. Its a nice walk along this stretch as you get to see Hadleigh Downs on one side, with Hadleigh Castle high on one of the hills, and the quiet flowing creek on the other. Its also a good to area to bird watch, if your that way inclined, with numerous waterfowl along the rivers edge and you will regularly see kestrels hovering over the grasslands. The boys thoroughly enjoyed themselves, raging all over the place and swimming in the calm water. Unfortunately Choccy got himself stuck in one of the drainage ditches so I had to stomp my way through 10ft of head height brambles to untangle him and drag him out of the water. I was knackered after that ordeal but he didn’t seem to give a ‘flying ffff’ and just carried on running around as if nothing had happened, little shite. I had a good explore around the posts left over from the old brickworks jetty and found loads of broken pieces of pottery and glass bottles in the surrounding mud. I’ll have to do some research on this jetty one day.

I had to have my COVID jab this afternoon so seeing as I was so close to Rochford Reservoir I decided to take a walk around the water there afterwards. Its a nice little water surrounded by trees, although quite a lot have been recently cut back hard, with plenty of ducks resident as well as lots of carp and silverfish swimming around. The River Roach also runs along onside of the lake which is quite pretty. I walked round a couple of times spotting a couple of carp mooching around in the shallows and a dozen or so mallards snoozing in the warm sun. I also found some big clumps of PENTAGLOTTIS growing alongside the pathway on one side. This wild plant has such a beautiful little blue flower.

A cracking day today as me and the boys walked along the banks of the River Crouch at South Fambridge. I turned right at the seawall steps and continued along the top of the sea defence until I reached Lovedowns Sluice. I regularly do this walk as the birds you can see around the marshland between Fambridge and Hullbridge is quite vast with more varieties than I care to remember. The boys love it as they get to run through the thick estuarine mud and have a good swim at any state of the tide. Halfway along our route and I found a big growth of Alexanders ready for harvesting. I’ve not eaten these before so think I’ll give them a try soon as they’re meant to be pretty tasty. When I get to the sluice there is a set of steps that face the marshes so i always sit done there for a while and soak up the calming atmosphere before heading back to the van. You can walk further than this point, I have done this a couple of months back, and make your way around the marshes to Hullbridge but its a bit of a trek as the route is badly overgrown with brambles and hawthorn bushes.