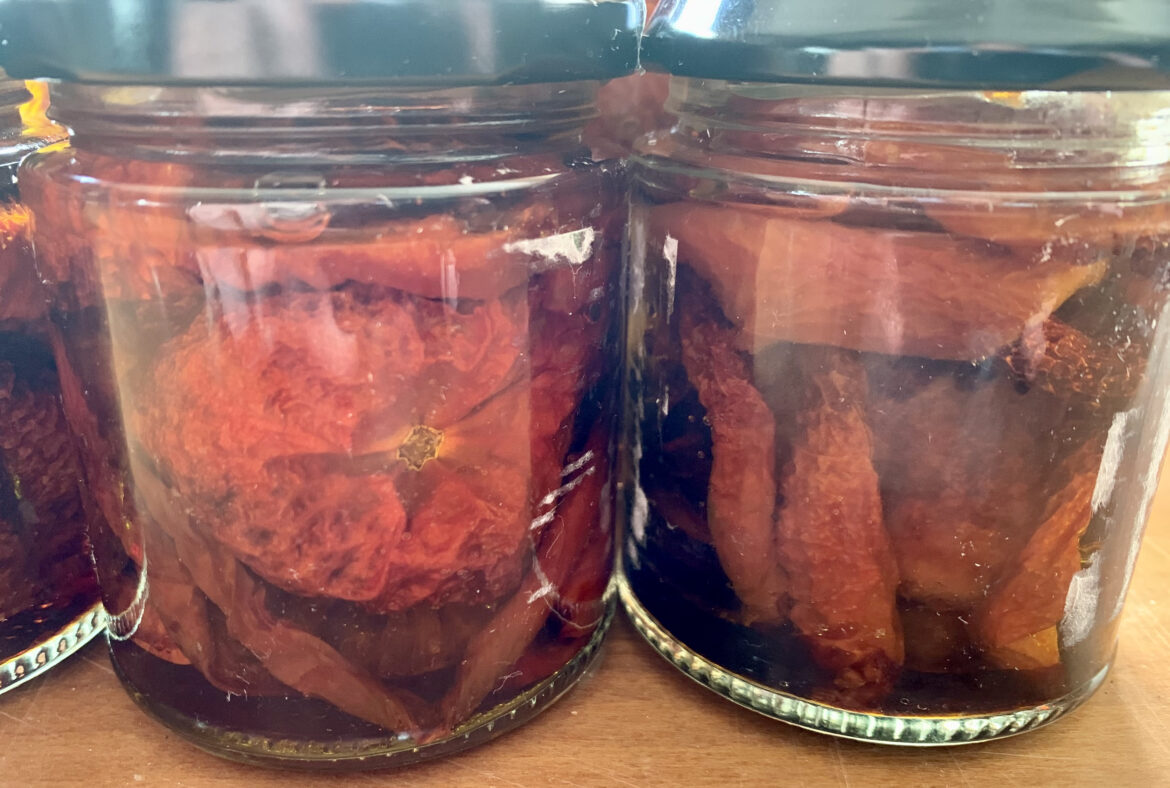 So at the beginning of the week I had my ‘COOKING’ head on and decided to whip up a storm in my kitchen. First off was to roast a nice joint of beef so I could have some for dinner and the rest for sandwiches for the next couple of days. Coated in a nice thick layer of mustard before having a generous grind of salt and black pepper, then cooked slowly in the oven for a couple of hours, it turned out gorgeous. Whilst that was cooking I made a batch of apple turnovers to satisfy the sweet graving I,ve had recently. These are really easy to make as the pastry is shop bought ready made and the filling is just stewed down apples and sugar. Topped with an egg wash then a sprinkle of Demerara sugar followed by a light dusting of cinnamon and chucked in the oven for 20 mins, they turn out a treat and are dangerously moorish.

The main reason for being in the kitchen though was to make a batch of oven dried tomatoes, my take on the sun dried tomatoes you can buy in the supermarkets. These are super easy to make just a bit time consuming as each tomo has to be cut in half and have the contents scooped out. I don’t actually like the taste of tomatoes but love these dried ones with my salad or in a ‘fancy sammidge’. I’ve listed the ingredients and process below so if you fancy trying them out yourself you have a recipe to go by.

Oh I nearly forgot about the leftover tomato middles, you mustn’t waste those as they make a cracking passata sauce. What I do is gently simmer them in a pan with a little salt, pepper and a small thumb nail size blob of tomato puree for 45 mins or so until they have reduced to your desired consistency, job done. You can include some basil, chopped shallots and garlic to the cooking process if you like but I prefer to do this when I,m actually cooking the dish I,ll be using this sauce in.

As I,ve mentioned I find it best to leave these tomatoes for a couple of weeks before opening as this allows them to soak up a little of the oil and they also soften a little. Don,t throw away the oil either as it makes a great base for salad dressing or used in a pasta dish as the tomato flavour infuses into the oil itself. Personally I chop these up in small pieces and toss in my salads, when I,m unlucky enough to have to eat a salad that is, to add a bit of punch or better still used whole in a nice meat sandwich or wrap to really give some extra flavour.