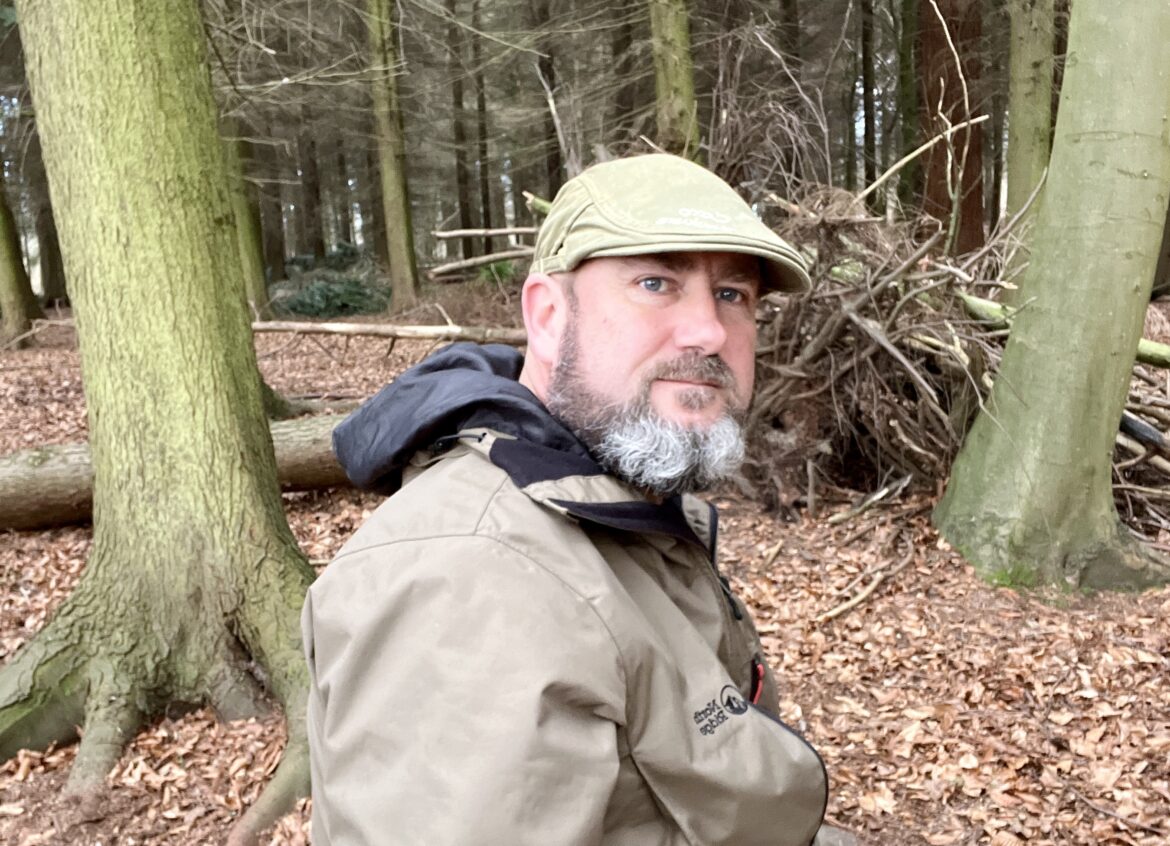 Over the Christmas period I took a good few walks at various locations around Essex as it is my goal to visit and record what this county has to offer. Today I had decided to visit Weald Country Park just outside Brentwood as it is somewhere I have been meaning to visit for a couple of years now. With over 520 acres to stroll around and the good chance of seeing some deer as well as the usual Essex wildlife I was looking forward to seeing what the park had to offer.

The sun was just rising as I pulled into one of the car parks, there is a few parking areas for the park, and after paying for my ticket I set off along a track towards the lake. Even though it was early there was still quite a few people out enjoying the sights there, something I would find out later is that the park is a pretty popular place to visit as the amount of people I saw as the day wore on steadily increased. Arriving at the lake I took a few moments to watch the ducks drift around and spotted a couple of cormorants passing overhead as I believe someone had spooked them up from the other end of the lake. Its a pretty little lake with overhanging trees and bushed along the waters edge.

I walked around one side of the lake before following a path into the middle of the woodland that was nearby, passing some large, old looking trees which had been fenced off as they looked a little worse for wear and some of the limbs were potential ‘window makers’. Following the pathway further through the woods it was obvious that a lot of people walk these woods as the tracks were very muddy with some quite large puddles across the paths in certain areas. Now I’m not really bothered about walking through wet and muddy areas but I do feel that considering these were the main pathways through the woods that I was walking that they could of had a layer of stone clippings, or something similar, to make access a bit easier and more pleasant for the families that visit there. I did overhear a could off families complaining about the mud as I was wandering around, as I said though, it doesn’t really bother me as I just power straight though the puddles and squelch through the mud like the “double’ard bstard” that I am.

I forgot to mention that on the way to the lake I passed a rather unusual looking structure hidden away in a small copse of trees. I don’t know what it is, I should look it up really but I am currently writing this at 5am and have to get ready for work soon. It looked a bit like a viewing platform of sorts but I’m guessing it might off been built for storage or something similar, I will research into it but for now here’s a couple of pictures of what I’m talking about.

Continuing on with my walk through the woods, the usual woodland trees soon gave way to a big area of pine trees and it was in these that I wandered off the beaten track and found a nice fallen tree to sit on and have my breakfast, a petrol station cheese and onion sandwich not great tasting but it filled a hole.

Skirting around the edge of the woodland was some beautiful paddocks with the odd horse chewing on the grass. One paddock field was situated in a small ‘valley’ and was surrounded by trees and looked gorgeous and I reckon I will be returning in the warmer weather when the trees are greener as I think there is some good photos to be taken off this field. Walking further through the woods I was bumping into more and more people as the morning was getting later now, as much as I like the fact that our countryside is being enjoyed by the public I am nit really a fan of seeing any when I’m out walking, yes I know I am a miserable old git.

I was soon walking out of the tress and onto some grassland on the last leg of my walk and as I was straining my eyes to see where the squawking of a couple of parakeets was coming from I noticed some movement behind some scrub bushes a short distance away. Standing still and focussing on the spot I soon saw a few deer slowly meandering along between the thicker, more sheltered bushes as they made their way down the hill towards a small copse of trees. I did manage to take some video footage which I have uploaded to my Youtube channel but if you click the play button below you can instantly watch it. What more could I ask for at the end of my visit to Weald Country Park.

I hope you enjoyed reading about my trip to Weald Country Park, and watched the short video, I will return there at some point to explore the park more thoroughly and you can be sure that I will write about it here.

I recorded the walk on my KOMOOT app so if you would like to see the exact route then please click HERE.