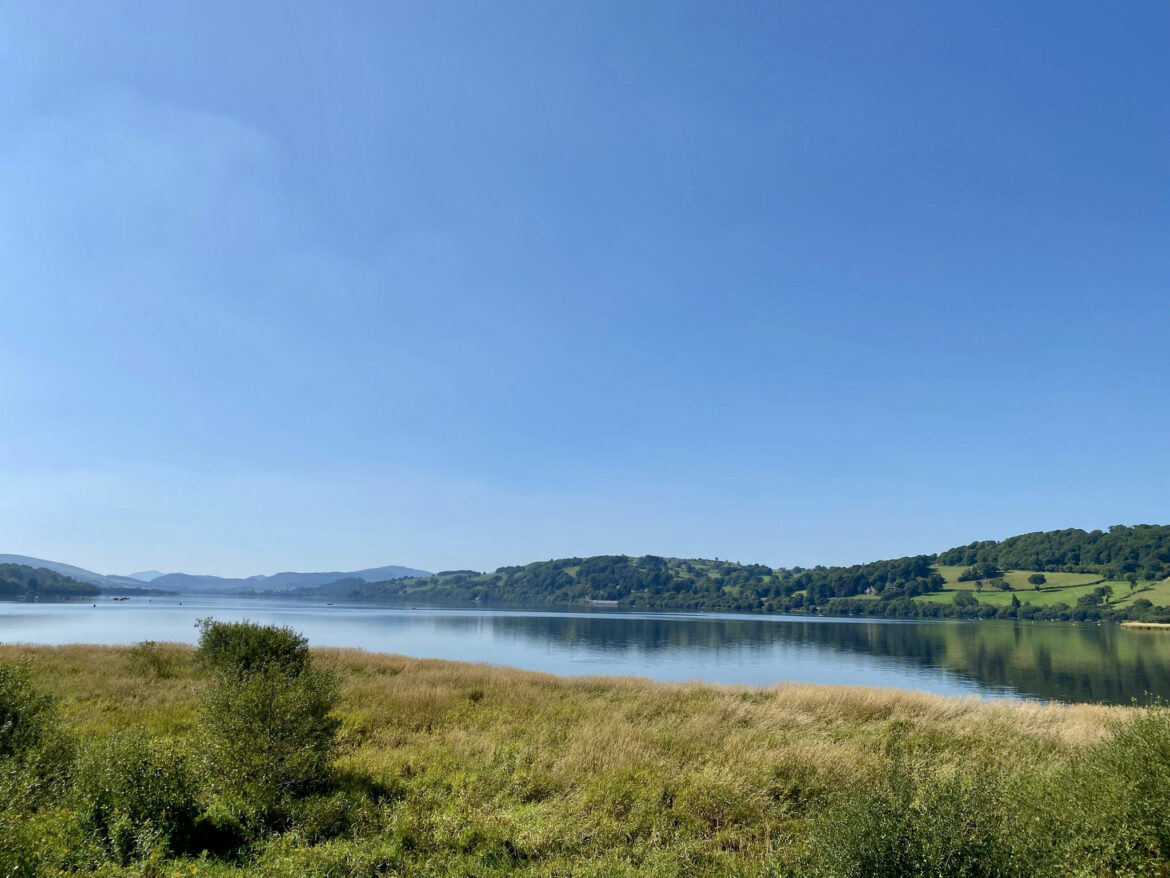 After a fairly long, but enjoyable, road trip through some spectacular countryside we finally arrived at the town of Bala. Now I am going to be honest here and say that we did not stop and explore the town itself, we should off done but the temperatures were starting to rise quickly and we were little concerned about the boys getting heat exhaustion. I know, it sounds like an excuse but we do pay a lot of attention to walking them when the sun is at its hottest and today was forecast to be upper twenties and strong sun so due diligence was taken.

A quick ‘whistle stop’ in Bala town then we were off for a drive around the perimeter of the lake. Now to say this lake is big would be a big understatement, as it is absolutely mahoosive. The lake, Llyn Tegid, is a large glacial lake fed by the River Dee and is approximately 3.7 miles long by 0.5 miles wide. The trip around the lake was beautiful as it is surrounded by hills and woodland and the road runs fairly close to the water around a good part of lake. We stopped of in a car park at Llangower just in time to watch the steam train, which runs between Bala and Llangower, pull in, unload and load up its passengers and trundle off again.

We crossed over the railway tracks and continued to walk along the lakes shores heading towards Bay town. There was actually quite a lot of people enjoying the sunny day swimming and sun bathing by the clear waters. We walked for a couple of miles but the temperature just carried on rising, I think it got to 30 degrees on our way back, and we decided to head back to the car because we were melting and we could see that the boys were feeling the heat too.

All in all it was only a short visit to Bala but an enjoyable one. I would like to visit again but when it is cooler as it would be a to more comfortable to explore then..