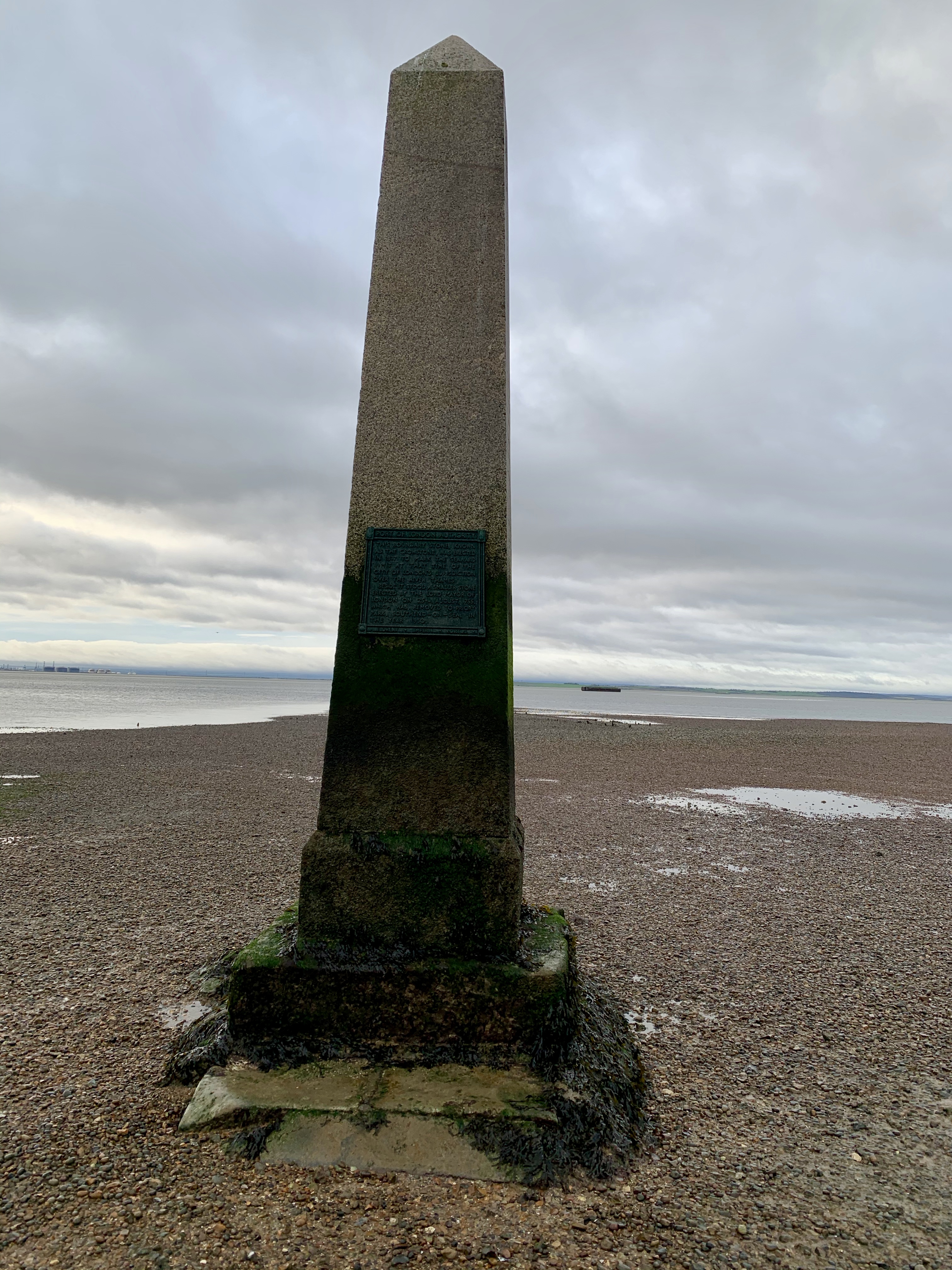 Back in February the boys and i had an early morning walk along the shore at Chalkwell, just outside Southend-on-Sea, as we hadn’t been there for a while. The wind was blowing and the sky was overcast grey as we parked up shortly after first light, but adverse weather doesn’t detract us from enjoying our walks. Up and over the sea defence and across the concrete prom and then down onto the beach we went, and it was a lot windier than i originally thought.

The tide was slowly on the way in so we had a time to have a little walk below the low water line and have a wee scout around to see what might be found. Walking along the old sunken road which leads out to the deeper channel that runs into Old Leigh i found a good few different species of shellfish including a few small oysters, cockles, winkles and mussels. I did find a small broken section of a clay pipe probably thrown overboard by a sailor many moons ago.

A couple hundred yards Southend way stands a large stone pillar with a beautifully aged plaque fixed to it. This pillar is known as the Crowstone and the plaque upon it reads:

THIS BOUNDARY STONE KNOWN AS THE CROWSTONE, WAS ERECTED INN 1837 TO MARK THE SEAWARD LIMIT ATH THAT TIME OF THE CITY OF LONDOS JURIDICTION OVER THE RIVER THAMES.

BESIDE IT STOOD A SMALLER STONE ERECTED BY THE LORD MAYOR OF LONDON ON 25TH AUGUST 1755, WHICH WAS REMOVED TO PRIORY PARK, SOUTHEND-ON-SEA, IN THE YEAR 1950

After admiring the CROWSTONE and wondering how its managed to stay in place for all these years considering the tide, weather and constantly shifting mud we strolled back towards the shore as the tide was now starting to run harder, and its very easy to get overtaken by the tide along this stretch of the coastline. A quick game of chase the stones in a nearby saltwater pool/lagoon for the boys and back tooth van we went. Wet, muddy and ready for breakfast we drove of towards home.