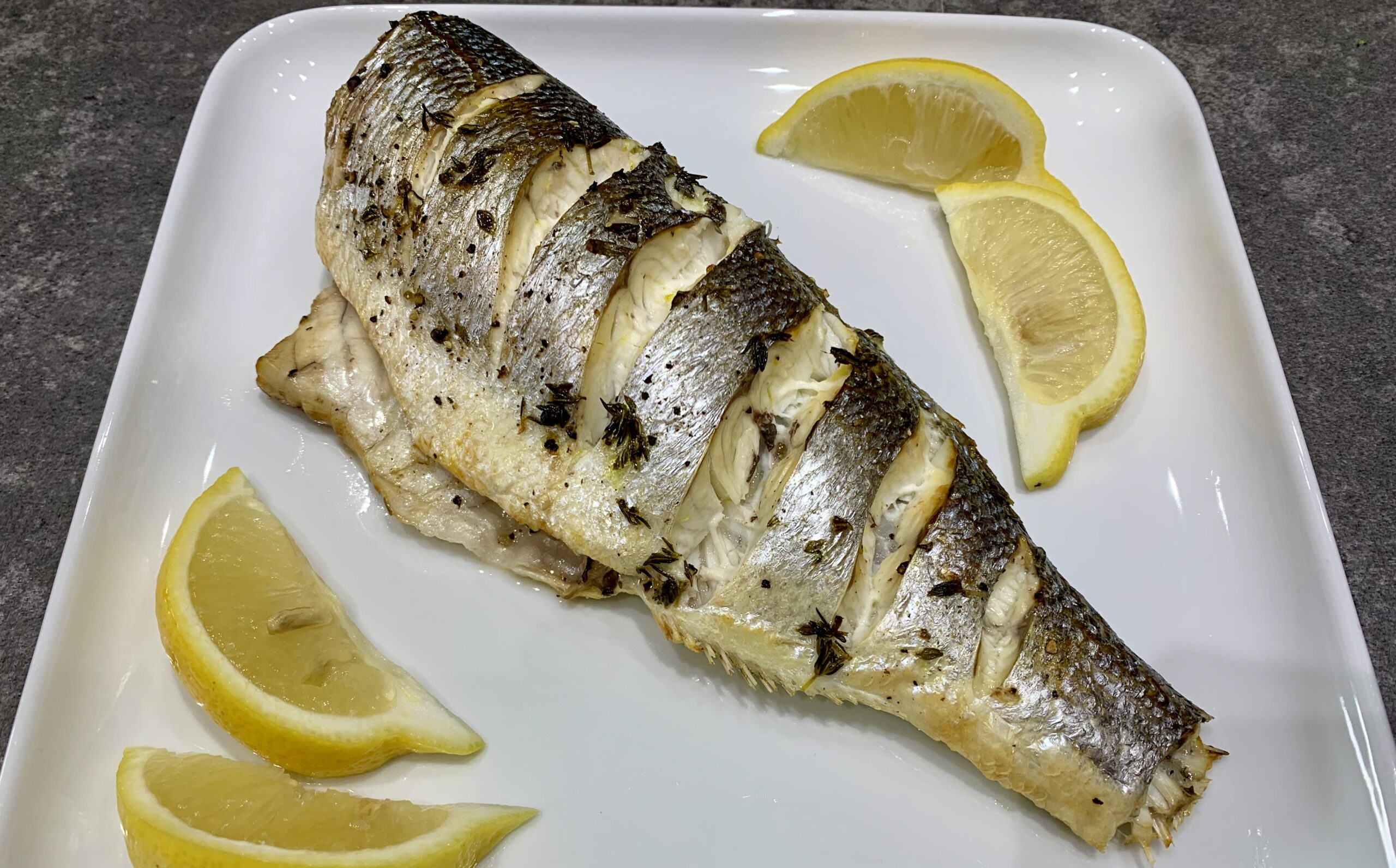 A couple of nights ago i decided i fancied having an evening sea fishing targeting bass and smoothound, a member of the shark family. Having spent some time researching areas to try the would give me a chance of catching both i decided on a nice local venue, good old Southend On Sea.

I won’t go into detail of the actual fishing itself, but i did catch a lot of bass that night topped by 2 good size specimens which i took home. I didn’t manage a smoothound though. Fishing aside it was really enjoyable being out in the cool night air listening to the waves crashing onto the shingle in front of me. I’ve forgotten how hypnotic the sound off the waves actually are and at times i was nearly nodding off to them.

So the following morning it was time to clean the 2 largest bass and i decided that 1 would be for the freezer and the other one would be eaten for dinner that night, not by me i might add as i don’t like eating fish or shellfish for that matter, i just don’t like the taste. I,ll run you through the process below.

Well there you have, wild food at its best. I hope you try that recipe as it does taste fantastic, so i was told, and if you do try and get as fresh a bass as possible, oh and line caught too as its sustainable harvesting them by rod and line compared to trawling them, and lets not talk about cage reared fish…..

Had a nice early morning walk with the dogs along

I had a little walk around a local fishing lake th

Had a lovely walk through Cherry Orchard Park this

The boys having a little swim on our walk along th

Blackthorn blossom lines this pathway to my ‘Sec

I’ve uploaded a small piece to my blog about the

I can't believe how clear the water is at Southend

A few pictures from this mornings walk along Shoeb

Big blue skies on my walk this morning. #bryanscou

Awesome photo taken by the missus whilst we were o

Nature thrives no matter what’s put in its way.

Wild primrose growing along the track. Only the on

Coffee and countryside, what better way to start t

I’ve been messing about with a few goose picture

Any tips on attracting twitty birds to my feeder.