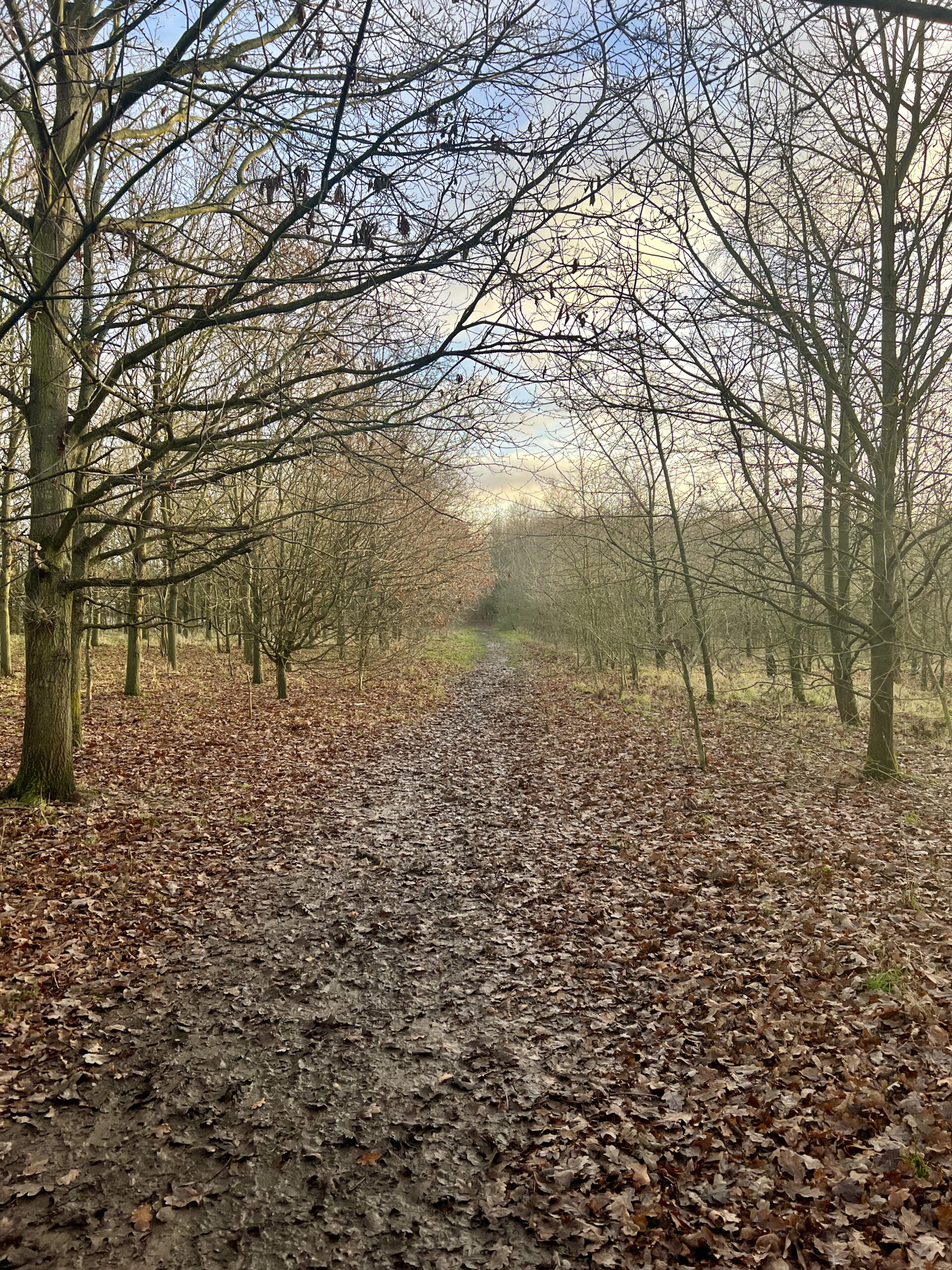 For the past few years I have fished a river on and off during the winter period and on my drive to this river I have to pass by a small block of woodland with a small car park situated on the side of it. Every time I pass said woodland I say to myself that the next time I come fishing here I should stop and have an explore of this woodland, but I never do. Well a few days ago I decided that I was going to spend the day exploring a few new areas in the top of Essex, as I made my way to Norfolk to pick up my Mother-in-law, and this little woodland was the first port of call on my list.

I’ve done a little research into this small patch of woodland and have included it below.

JAMES COOKE WOOD was named after a 16 year old farm boy who was hanged at Chelmsford Gaol in 1829 for allegedly causing a fire at a local farm called Olivers Farm where he worked. There was a series of local fires around the time and he was accused of those also, but the fires continued after his hanging so it is probable that the poor lad was in fact innocent. Witham Town Council purchased this piece of land in 1992 with the intention of planting a community woodland for anyone to visit. The woodland was planted using British trees that grow local to the area so Wild Cherry, Oak, Silver Birch, Alder and Ash were planted. Also there are areas planted with smaller, shrubby species such as Field Maple, Guelder Rose, Hazel and Spindle and all trees have been planted for the maximum benefit of any wildlife that may populate.

Pulling into the small car park there was only one other car there which is great for me as I like to be away from people when I’m out walking. Once my boots were on and car was locked I set off walking along the centre track in from of me which took me straight through the centre of the woodland. Tweety birds were singing all around me and pigeons regularly burst out from the lower branches of some trees in front of me as I trudged along the slightly muddy path. Before long I arrived in a small green opening in the trees where an information board has been built, so I took a quick peruse before squelching off on my way. Still following the track I soon came to the perimeter of the woodland which runs alongside a big garden centre, turning right I continued along another track and out of nowhere a squirrel jumped from one branch to another, not far above my head, and gave me a shock. I watched as this agile little thing ran along some thin, flexing branches before shinning up a tree, then stop to turn and laugh at me before disappearing behind the trunk, cheeky wee things grey squirrels are.

As the track bent round to the right a farmers field could be seen through the sparse, winter hedges and as I walked further I could see that there was something moving in the fields so I quietly crept towards the hedge to see what it was. Initially I though it was some sort of ferret bouncing along the muddy field, as it looked long and had a two tone colour it, but as it got closer it turned out to be a squirrel carrying a maize cob in its mouth and it did look quiet comical but unfortunately as I raised my phone to take a photo of it, it bolted off along the hedge line. I stayed there for a while and watched as pigeons and crows picked loose maize of the ground from around the edge of the maize cover strip that the farmer had left, and soon I saw another squirrel running along carrying his cob. In fact there was a few squirrels who were making use of this tasty bounty and it was pretty amusing to see these little grey creatures awkwardly bouncing around with cobs nearly the size of them. I did take some photos bu they turned out rubbish, shame. I continued along the track which now run next to a small fishing lake, looked quite pretty but was fenced off so I could not explore, and started seeing a couple of structures made out of fallen branches, I’m guessing kids have built them as little ‘dens’ to play in, I used to do the same when I was younger, in fact I still do. I passed by a small ‘pond’, although I thing it was just a flooded dip in the woodland floor, and through a lovely area alongside the water which had some nice, lush green clumps of marsh grass growing before the track turned right again and it was obvious I was not too far from the car park now. In no time I was back in the car and planning where to visit next.

All in all JAMES COOKE WOOD is worth a visit if you happen to be in the area. It is only small but there is plenty to see and I reckon it will be at its best during Spring. I have recorded the exact route I took in my KOMOOT app so if you click HERE it will show you tracks I took.