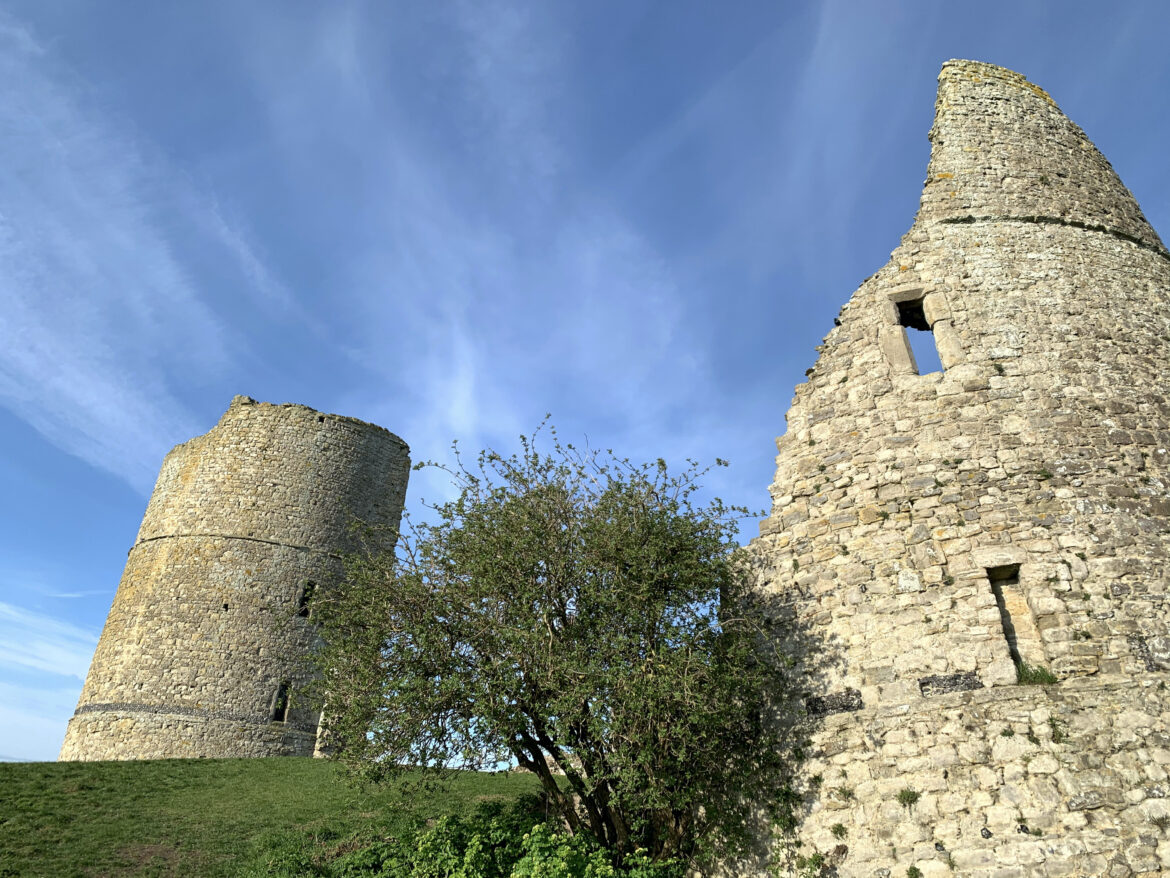 Early one morning a couple of weeks ago I took a walk around the ruins of Hadleigh Castle, the first time that I,ve visited there even though I,ve lived within 15 miles of the place for the whole of my life. I really should of visited sooner…

Built on the high point of Hadleigh Downs the castle overlooks the River Thames and the much smaller Benfleet Creek, the stretch of water that makes Canvey an island. It dates back to the early 1200’s and became King Edward II Royal Palace in the 1300’s. It was only completed in the later part of the 1300’s by Edward III. It fell into ruin during the mid 1600’s where a lot of the stone was removed.

Standing within the ruins of the castle the views are fantastic as you look down onto Old Leigh, with its quayside pubs and cockle shed sea food stalls, to the East and Hadleigh Downs, where part of the 2012 Olympic Games were held, to the West. Looking across to Kent you can see the whole of Canvey Island, not particularly welcoming I guess but did you know that draining Canvey was the trial run for Cornelius Vermuyden before he drained the Fenlands. Old Father Thames can be seen in most of its tidal glory from this vantage point, pretty handy really as the castle was built to spot enemy ships sailing up river to London.

You have easy access to walk around the ruins themselves and there are a few pathways which lead from the castle and through the Downs. You can walk your dog there also, obviously picking up any deposits that they may drop along the way. It was a beautiful sunny morning when I visited which made it really nice to spend a couple of hours exploring, a lovely place to sit and take in the view whilst supping a coffee. Parking is not great with only a few spots for cars, but there is a paying car park up the road a little ways as well as a nice looking coffee shop to grab some liquid refreshment.

I,ll definitely be returning to the castle as I,d like to do some filming next time to capture the beauty off the place better.