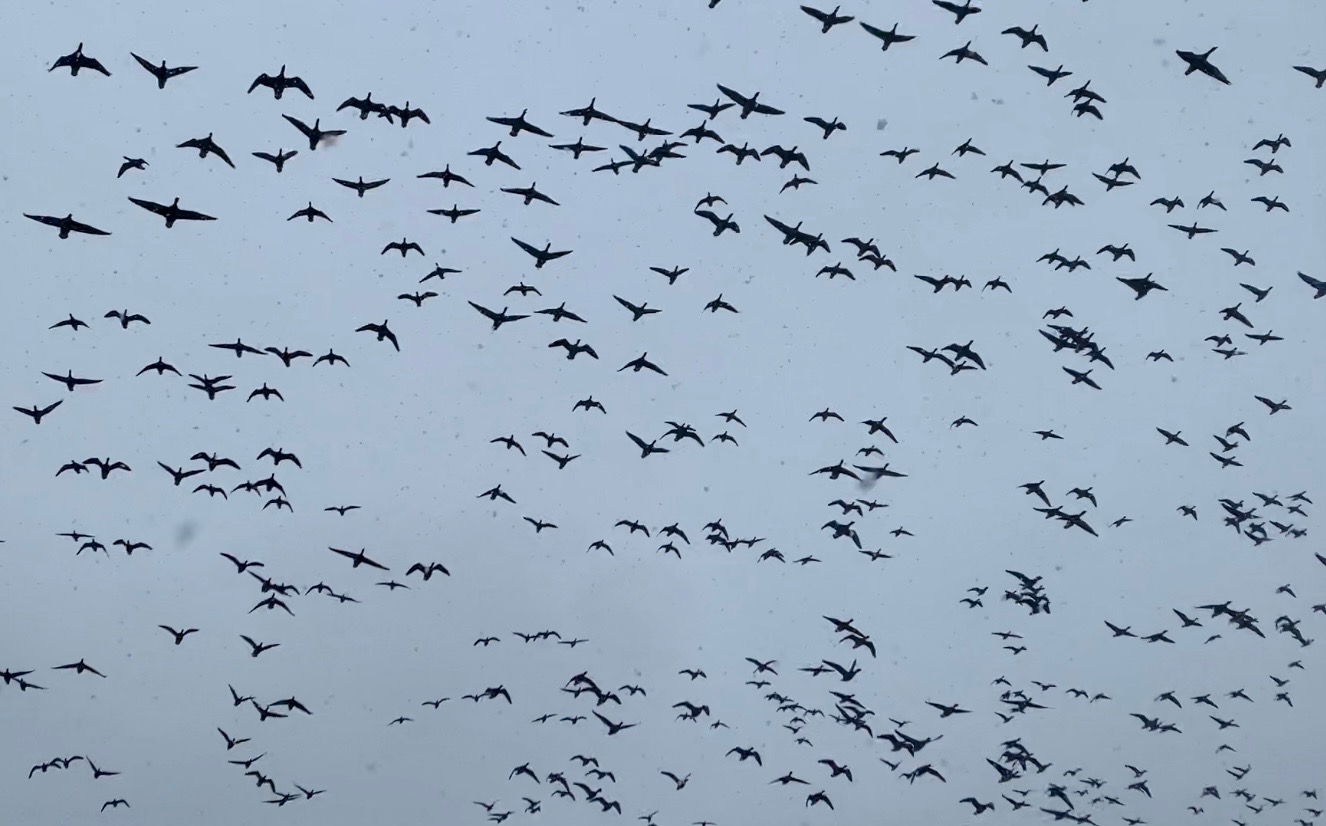 One of my local walks is along the banks of the tidal River Crouch and fortunately for me it is only a couple of minutes drive away from where I live. I regularly walk my dogs along its banks of a morning as well as cast a line into its murky waters every so often in hope of catching a fish or two. The wildlife that lives in and around its water is quite amazing with species ranging from the usual saltwater fish you would find at various times of the year, numerous varieties of shellfish, edible and otherwise, lots of different wading birds, countless species of duck, geese and wildfowl, lots of different songbirds live along the bankside bushes and scrubland, its a paradise for birds of prey as there is plenty of places for their prey to live, and there is even a resident seal colony further towards the mouth of the river so I regularly get the feeling of ‘being watched’ as I’m strolling along minding my own before noticing a black head with big eyes peering at me from further out in the river. All in all the River Crouch is just alive with wildlife of one sort or another, and that’s without mentioning the River Roach that joins the river which is also a wildlife haven.

Why am I rambling on about this river you may ask . Well one of my favourite things to witness at this time of year is the huge skeins/flocks/groups, or whatever you wish to call them, of geese that overwinter on the river. When the weather starts to get really cold for prolonged periods large groups of geese can be seen coming together up and down the river as well as some of the marshland and smaller creeks that that run off of it. Canada geese are common but I think that the Brent geese outnumber most others varieties of geese that reside there. Their numbers can be in the thousands and the noise they make as they call to one another can be deafening, especially if you are lucky enough to have them fly over your head.

Recently I was lucky enough to witness a large group of geese lifting from the river and flying to a nearby field, just over the sea defence, and settling there. I was fortunate enough to be very close to their flight path and managed to get some video of them on my phone. The noise they made was really loud as they called and signalled to each. I’ve put the short video up on my Youtube channel and have attached a link below for those who might like to see it.

A few weeks back I took a wander through some loca

A few photos from this mornings dog walk before th

Morning all…. Back in the UK and up early to wal

I forgot to mention the hotel I’m staying in has

I’m half way through my little holibob In Brno,