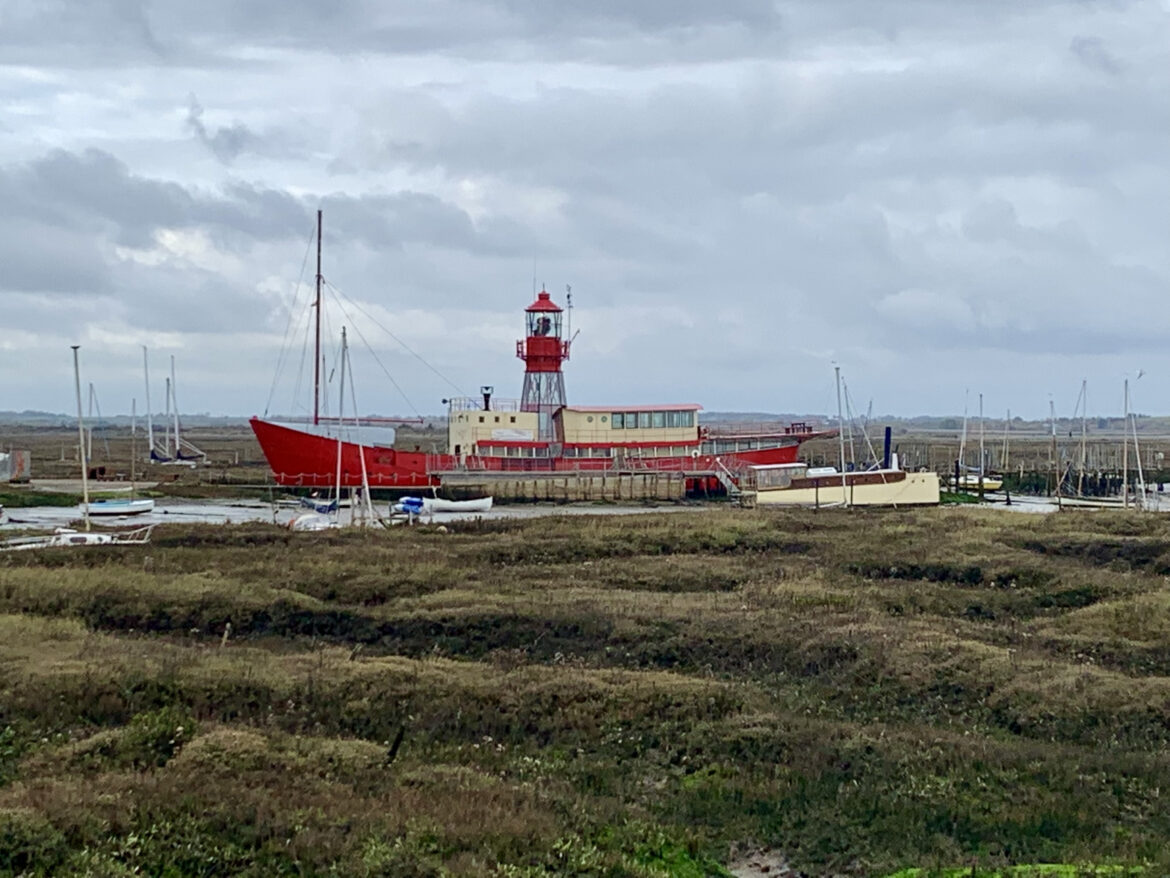 Now I have read quite a bit online about Tollesbury Wick, and I have even visited Tollesbury Marina a couple of times, but I had never actually gotten around to walking the Wick pathway. I knew that it is a circular route of roughly 5 miles, I had found this out by reading various posts on rambling pages on facebook, so I set about researching more about the walk as I fancied a nice walk somewhere I had not been before.

The nature reserve is managed by Essex Wildlife Trust, I have visited a fair few of their sites over the years and have written about some of them HERE, and has been traditionally worked using wildlife sensitive methods for many decades, so according to their website it now boasts a wonderful diversity of species across it marshland and surrounding areas. There is a bird hide at the lagoon where you can watch the wildfowl and waders gather to over winter and feed, and the grazing marsh is home to the Trusts ‘flying flock of sheep’ as well as cattle and Exmoor ponies. I personally love the fact that the marsh is still being used as it has been for countless generations.

Parking the van in a lay-by next to the marshes by the marina I donned my warm gear, as the wind was a bit chilly, chucked my rucksack onto my back, put the dogs on their leads and headed off along the harbour to the start of the path that leads you along the top of the seawall and around the Wick itself. As mentioned it was a chilly, breezy and overcast day but I like walking in these kind of conditions to be honest. The marina, with its posh expensive boats tied up to the pontoons in nice neat rows, soon gave way to marshland and a scattering of not so posh boats anchored up in the shallow, muddy creeks that run through the marshes, and soon there were no boats at all just marsh grassland, squelchy mud and water. The boys were loving running through the marshes getting covered in the slimy brown/black mud of the creeks that were high and dry at the time as the tide was on the way out.

After a while I came to the mouth of the creek, that flows to the harbour, and now I was on the banks of the River Blackwater looking across to Bradwell Powerstation. The sea wall bears right here as it protects the Wick Marshes from any flood risk from the Blackwater but in front of the defence were some large shingle banks which I had to go and explore. Now before you shoot me down and complain about disturbing nesting birds there was a sign saying ‘no access 1st April- 21st August’ and seeing as it was the middle of November i saw there being no hard in me having a little explore. Crossing the small creek that separates the marshland from the shingle it was apparent to see that this bank could only be accessed at low tide, so I was quite lucky with my timings really, and as I walked closer to the shingle mounds the ground under foot slowly changed from slippery estuarine mud to firmer ground interspersed with stones to full on deep and crunchy shingle/stones. The mounds of stone themselves are truly huge, I don’t think that my photos really do any justice as to just how high these washed up heaps of stones were, I reckon from the tide line they were maybe 20 foot high, possibly more. I continued to walk through the mounds and down to the waters edge where the boys were splashing around and it was felt slightly odd to be standing on the shores of this river which I am used to be lined with marshlands and mud, but be towered over by great mounds of washed up shingle. I know that on the opposite side there are sand and stone beaches at Bradwell and St Lawrence but this side is generally marsh and mud. Anyways I had a good explore around this stone bank before re-tracing my steps back across the creek then through the marshland and back onto the path that lead along the seawall.

The wind was a bit bracing as meandered along the path that forms the sea defence. On the river side was lots of small creeks and marshland whilst on the landward side there was drainage ditches and fields with cattle and sheep happily going about their business. It was great to be out in the middle of nowhere with not another person in sight and no noise other than the wind blowing and the call of the water birds. Speaking of birds, on this walk I saw countless species of waterfowl, numerous waders, heard some geese a few times, spooked up a couple of egrets, watched a few kestrels hovering searching for their dinner and nearly got crashed into by a sparrow hawk that shot out of a bush next to me as I rounded a blind corner. The sparrow hawk was the highlight as it was so close that if I had stuck my hand out in front of me I could of caught it, but unfortunately for him, or her, it left its dinner behind in the bush a rather dishevelled looking sparrow gingerly hopped out in front of me before awkwardly flying off across a field. Further along the path there was a spit of land which stretched out a hundred yards or so into the river, if the tide had been in that is, and right at the very end was a part sunken pill box looking worse for wear. I’m guessing that the marshland stretched out towards the end of the spit years ago before the sea took the land back leaving the pill box to slowly sink over time.

Shortly after the pillbox there was a large bay type area in the sea wall and right in the middle of it was a large wooden memorial bench so I decided to have a wee break here and just sit and enjoy the surrounding views. It was a good place to just relax and be quiet for a while….

Once rested I continued along the sea wall for a little bit before the route I wanted to take turned right and disappeared between some hedges that run around the perimeter of a farmers field. This narrow track soon opens out in to a wider, but muddier, farm track which skirted a farm and its fields before turning into a road which runs through some houses before again turning into a small track which crosses the Wick itself and takes you back to the marina. Although only a short walk it was pretty in its own right with lots of song birds flitting between the branches of the hedgerows as I ambled along.

All in all it was a lovely walk with some beautiful views across the river and lots to explore on the journey round the Wick. I have recorded the route in my KOMOOT profile so if you click HERE you will find the exact route that I took.