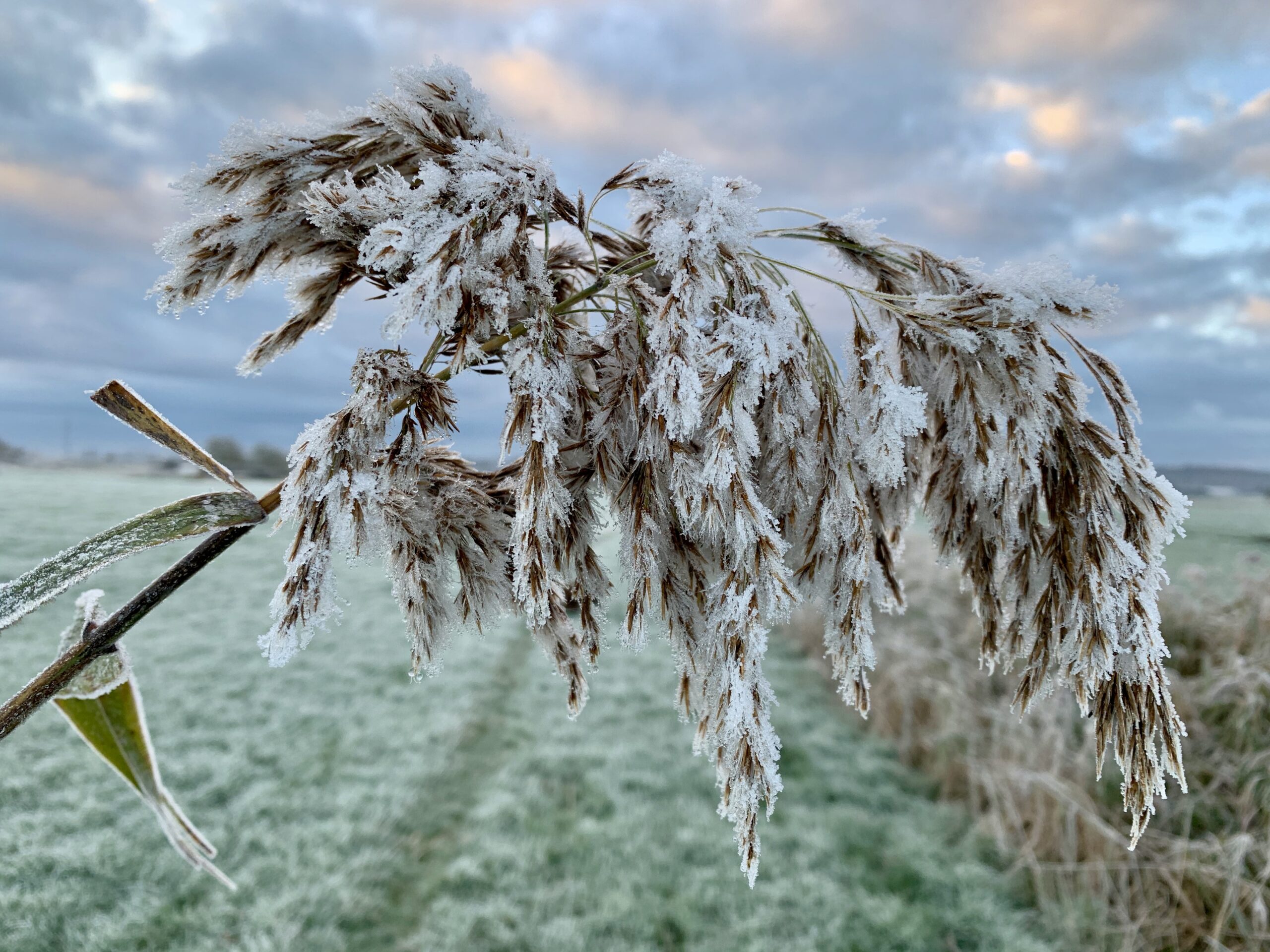 Last week we had our first heavy frost of the winter, and it was a cold one too. The temperature gauge in my van read -2 when I brought the old chuggabugg to a halt outside the entrance to where I was about to take the boys for a walk. I call this area “The Secret Fields” as unless you were lucky enough to stumble upon them, as I was, you would never know they even existed. There is a footpath that runs through the fields and shows signs of others walking along it but I,ve only ever seen one other person in the past 5 years that I have been exploring there.

The overall area is probably only 100 acres or so in size but it does hold numerous treasures. During the autumn and early winter it was along the hedgerows here that I picked most of my sloe berries, blackberries and elderberries which I have already written about elsewhere in this blog. I’ve found numerous species of mushrooms and picked some of the edible ones. And I,ve also sat and watched a pair of buzzards, dipping and wheeling, high on the thermals whilst courting. Thats not to mention the countless other species of birds that live in the local area. Once I even saw a small muntjac deer strolling along the hedge line before it sensed I was watching and disappeared into a nearby overgrown ditch. The wildlife is superb around these small fields but the sunset that can be seen on a sunny summers evening is truly magical.

Anyway back to the cold morning last week. As mentioned already the temperature gauge was reading -2 as myself and the boys set off down the footpath towards the fields. All along the hedgerows the remaining berries were glistening with their coating of fresh frost as the additional weight made them hang lower than normal. The path came to an end and opened out into the first of the small fields and the short grass shone with its icy covering as the sun started to peak through the grey clouds. I walked along the right side of this field, as I always do, until I came to 2 small bridges, one after another, which lead into the largest field of the group. A drainage ditch runs around the perimeter of this field and is half full of Common Reeds which rustle quietly with the gentlest of breezes, the heads of these reads bowed low under the added weight of the nights frost. I love standing next to these reeds on a windy day as I find the sound they make quite soothing. I then walked across this field to a gateway which in turn leads to another small field which once walked through takes you back towards the footpath at the beginning of the walk. In total its only a 30 minute easy stroll but it is a beautiful one.

The boys thoroughly enjoyed their walk, as they always do, chasing each in and out of the ditches and hurtling through the grass as fast as their legs can carry them. Oh to have half as much energy as a spaniel. I enjoyed the bracing stroll too even though I did get a cold, drippy nose in the process, but it was worth it to be outside on such a glorious morning.

Stay safe guys, until next time……..