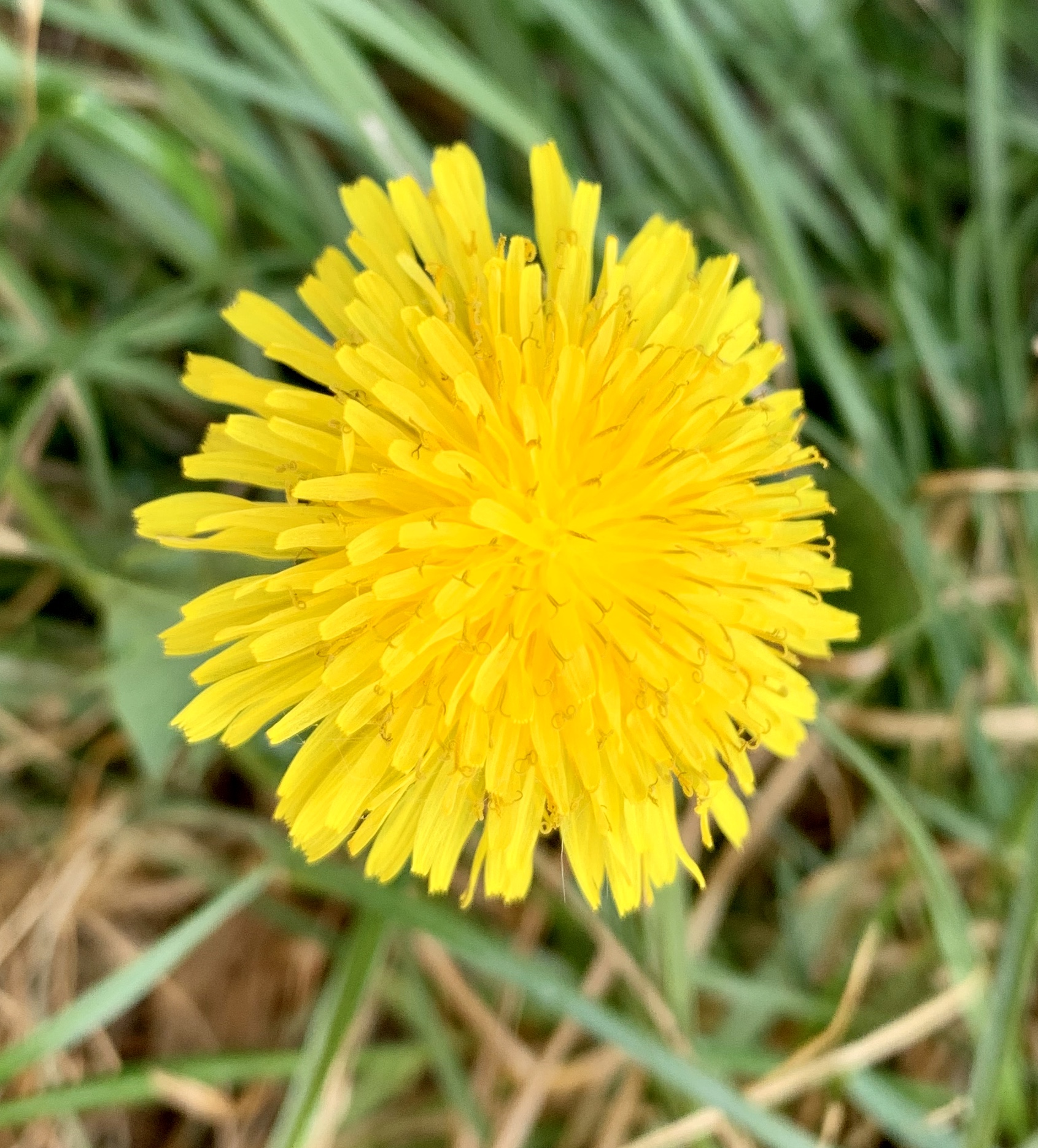 Dandelions or ‘Wet The Beds’, as we used to call them when i was kid, are an abundant little flowering plant that grows literally wherever it likes. With a beautiful, bright yellow flowerhead and an intricate seed head, ‘clock’, which once picked and blown upon releases dozens of parachute type seeds which float on the tiniest of breezes before settling and propagating, these plants can grow quickly and cover large areas of grassland in most places around the UK. This bright little flowering plant provides food for butterflies, moths and bees, via its nectar, as well as some species of birds which feed on its seeds. Its hated by gardeners for its evasive growth rate and difficulty in eradicating but is loved by wild food foragers for its leaves and flowerhead for its taste and medicinal properties.

Dandelions can be eaten practically from flower to root. The flowers can be eaten raw as they are apparently sweet with a crunchy texture, or they can be deep fried, tempura style, or can be used to make dandelion syrup and added to honey. It can also be used to make drinks, like the dandelion and burdock we used to drink gallons of when young, and also fermented to make wine. The leaves can be used in salads, although the larger leaves have a slight bitterness to them the younger smaller leaves are better. You can also steam the leaves and eat like spinach as well use in soups. The roots can dried and roasted and used as a coffee substitute or they can be just used like any other root vegetable. I’ve not experimented properly with eating dandelions really, just a nibble here and there, but i do plan on doing so soon.

You can harvest dandelions all year round but there are a few people who believe that it is best to leave them alone during the beginning of spring as they form an essential part of a bees diet as they awaken from their winter snooze.

Apparently the Dandelion contains beta-carotene and polyphenols which are antioxidants, they can also help reduce cholesterol and help regulate blood sugars. Theres research studies which indicate it can also help reduce inflammation, help lower blood pressure, aid weight loss and boost the immune system. The main medicinal uses of dandelion that i have heard of, through the foragers and wild food experts that i know, is that its good for the complexion by reducing the risk of uv damage caused by the sun and that it helps with aiding digestion and shifting constipation. Personally i,ve not used the plant for any of the above so i write only from hearsay and information i,ve gleaned through research.

So next time you tug a dandelion out of the cracks in your paving or cut a patch down with the lawn mower, spare a little thought as to whether its really doing any harm. It could be a fly-in takeaway for a passing bee or maybe you could have a nibble and help shift that pizza, that’s bloating you out, through your system a bit quicker……….